It’s a rare and curious phenomenon round these parts to hear travellers feel a sense of déjà vu, despite never having visited the Highlands. Why is it that the surroundings seem so familiar?

Well, there is a surprisingly obvious explanation: they have been here… Many have praised the scenery and landscapes of the Highlands for its cinematic quality, describing it as something ‘out of a movie set’. And on many occasions, that’s precisely what it’s been…

Ever since we invented filming, producers have recognised Scotland’s potential for enchanting audiences from behind a screen. We can only speculate whether it was the memories of growing up in view of Gare Loch and the Trossachs that inspired John Logie Baird to invent the TV. But what we know for sure is that Hitchcock brought his classic thriller The 39 Steps here way back in 1935, and the film crews have been returning ever since. Even the world-famous James Cameron, Director of both Titanic and Avatar roots back to Clan Cameron’s Achnacarry Estate just 10 minutes’ drive away from Glenloy – a base from which Cameron has been said to muster up his cinematic Highland inspiration.

So grab some popcorn and make yourself comfy, as we check out some of the film and TV scenes that you might recognise the next time you head up to see us in Glenloy…

Working out your route

As you can see from the interactive map below, you can reach us easily from Glasgow, Edinburgh or Inverness. The roads from Glasgow and Edinburgh are roughly the same length, equally beautiful, and each cover a healthy range of scenes from the screens. Make sure to check for road updates and the weather before embarking on your journey!

Some films even pop up on both routes and, if you’re keen not to miss anything, you might consider heading up one way and returning via the other. Alternatively, stick to the route you know and pick out the locations you’d like to see from the options below.

‘The boy who lived’ has had his fair share of adventures in Scotland from his Hogwarts base, countless examples of which can be seen in the films. Picture a sky full of Death Eaters as you pass through Rannoch Moor and keep a look out for Hagrid’s Hut in Glen Coe, for a taster of just a couple of the scenes filmed here. Whatever route you’re travelling through, you’ll be sure to find some Harry Potter film locations. If you don’t have time to stop on the way, there’s plenty of places to visit nearby the Estate. Scroll down for more info on film locations in and around the estate.

An unlikely neighbour of Hagrid is the Bond family, whose Skyfall Lodge sits in the same valley. Once you see Glen Coe, you’ll understand how its magic has cast a spell on muggles too, even those who we consider masters of deception. Here you find Skyfall Lodge, the family estate to which James Bond spirits M to temporary safety in his Aston Martin, across a stunning backdrop of the valley. Far from a holiday, 007 has made numerous business trips to Scotland over the years.

If the numerous characters running around Glen Coe didn’t include a spy and a boy with an invisibility cloak, you might worry about them bumping into each other. Robert the Bruce and his medieval army, however, are much more conspicuous, though they clearly felt that the peaks of the Three Sisters provided enough cover in Outlaw King, regrouping here after being ambushed at Scone.

The 2014 Netflix series made good use of the Highlands, with filming locations across the country, such as Luss, one of the villages you pass while skirting Loch Lomond.  Make sure to have a walk through Luss’ Faerie (Fairy) Trail with the wee ones for an extra magical pit-stop.

Mel Gibson couldn’t miss out on the Glen Coe party, joining in with his own medieval army in the role of William Wallace. These views play out in one scene behind a burning English fortress, and, pressing on to Glen Nevis, you might also recognise this valley as the scene of the very first attack in the classic 1995 movie.

Inveraray is yet another West Coast Castle visited by film crews for some aristocratic scenes. For a two-hour special, the Grantham family visited the home of their cousins, the Marquess and Marchioness of Flintshire in their Scottish home, ‘Duneagle Castle’. The Ghillies Ball was the highlight of their stay where they hosted a Clan Campbell Ceilidh filled with dancing and some tense drama!

No, your eyes do not deceive you – Albert Square’s finest really did end up this far from the Queen Vic! Head slightly off-road towards Inveraray to reach the jaw-dropping beauty spot of Rest and Be Thankful and picture Janine Butcher shoving Barry Evans to his death. You might as well pop in to the gothic style Clan Campbell Inverary Castle too while you’re there!

Evidently a happy hunting ground for armies, Glen Coe features once more in the 2018 drama Mary Queen of Scots. Award-winning actress Saoirse Ronan was the latest Hollywood star in the queue to command her forces to march through the sharp mountain ridges.

Yet another to traverse this landscape, Liam Neeson’s folk hero rides across the wilderness in pursuit of some pesky cattle rustlers. The surrounding valleys allowed Rob Roy a bit more relaxation though – we see him quite at home in nearby Rannoch Moor and merrily picnicking over in Glen Nevis (read ahead to see where else he pops up)!

Bollywood cottoned on to Scotland’s beauty decades back and has showcased her most romantic spots in major hits like Kuch Kuch Hota Hai, starring Shah Rukh Khan and Kajol. Witness the stunning settings featured in the filming of the title song, such as Loch Tulla, just past Bridge of Orchy, where the sky’s reflection shimmers on the water’s surface.

It might not actually appear in the films, but you can still see how Edinburgh influenced JK Rowling’s writing. While developing the tales from the Elephant House café, her view of the imperious Fettes College building is said to have influenced her creation of Hogwarts, while the students playing lacrosse were allegedly the inspiration for quidditch! There are also rumours that an Andrew Bond attended Fettes College prior to embarking on his life as 007!

Few series demonstrate Scotland’s versatility like Outlander. When they’re not hopping through time, lead actors Caitriona Balfe and Sam Heughan find themselves hopping all over the world, though the cameramen never left Scotland.

The magnificent interior of Edinburgh’s Signet Library – a popular place to enjoy afternoon tea – goes all Caribbean in Season 3, as the Governor’s Mansion in Jamaica. Further up the A85 in Perthshire, the Drummond Gardens play no less an exotic role, comfortably slotting in as the parks of the Palace of Versailles (oh and those opening credits? No prizes for guessing it’s Glen Coe again!)

Monarch of the Glen

As you get closer to Glenloy the road winds its way through the western outskirts of the Cairngorms, giving you a front-row view of the Highlands’ wild and rugged interior. Loch Laggan is a typically scenic example of the kind of beauty that you find adorning not just postcards, but also shows like Monarch of the Glen, in which a restaurateur returns home to Glen Bogle Castle to restore the family estate.

Glen Bogle Castle, however, is just one of the many alter egos of Ardverikie House, whose enviable location and regal turrets make it fit for royalty. Netflix certainly felt that way, casting it as Balmoral Castle in The Crown, while it also attracted a wealthy Sheikh for a fishing lesson with Ewan McGregor in Salmon Fishing in the Yemen.

The grail trail took John Cleese and co. over remote hills and distant valleys in 1975, as King Arthur and the Knights of the Round Table ventured north in Monty Python and the Holy Grail. The bogs and streams of Rannoch Moor proved a suitably isolated wilderness for filming, while Glen Coe features once again as the home of ‘the Bridge of Death’.

Through some kind of magic, this wizard gets everywhere! Arguably the best-known image from the films is that of the Hogwarts Express steaming its way up the Highlands. To witness the most iconic scene taken by the real-life Jacobite Express, make your way to the Glenfinnan Viaduct and admire its 21 arches rising up out of the colourful landscape all the way from Fort William right through to the fishing port of Mallaig. For even more adventure, you might spot a Hungarian Horntail Dragon at Steall Falls where Harry was filmed in the Triwizard tournament! Perhaps even participate in a quick game of Quidditch in Glen Nevis…

You might be surprised to learn that scenes from the Highlands crop up in animated films too. In 2012, Pixar apparently drew from multiple areas to create composite landscapes for Brave, set in medieval Scotland. On an extensive pre-production tour, the crew visited sites like Urquhart Castle, closely guarding over Loch Ness, and Eilean Donan Castle (see more below).

The landscapes of both Glen Coe and the stunning Glen Nevis, just the other side of Loch Leven, are two of many used in this 1986 cult classic. The aforementioned Eilean Donan Castle makes an appearance too – here the distinctive island fortress and stone bridge, near Skye, appears multiple time as the ancestral home of Connor Macleod, until he is unceremoniously banished.

West coast castles are understandably popular choices to play pretty much any baronial estate in medieval Scotland. Returning to Rob Roy, we see the remote Castle Tioram and its own tidal island all spruced up as the home of the Duke of Argyll. Even closer to Glenloy, a few scenes feature the breathtaking backdrop of Caig falls at Loch Arkaig, only a 10 minutes’ drive away.

No need to ask what the story is once you see the colourful houses along the Tobermory seafront! Kids will be on the lookout for Miss Hoolie and Josie Jump the minute they arrive in the Isle of Mull’s largest town, which served as Balamory for over 250 episodes. Don’t forget to call in at the fishermen’s pier on your stroll – the highly recommended fish and chips are not to be missed! 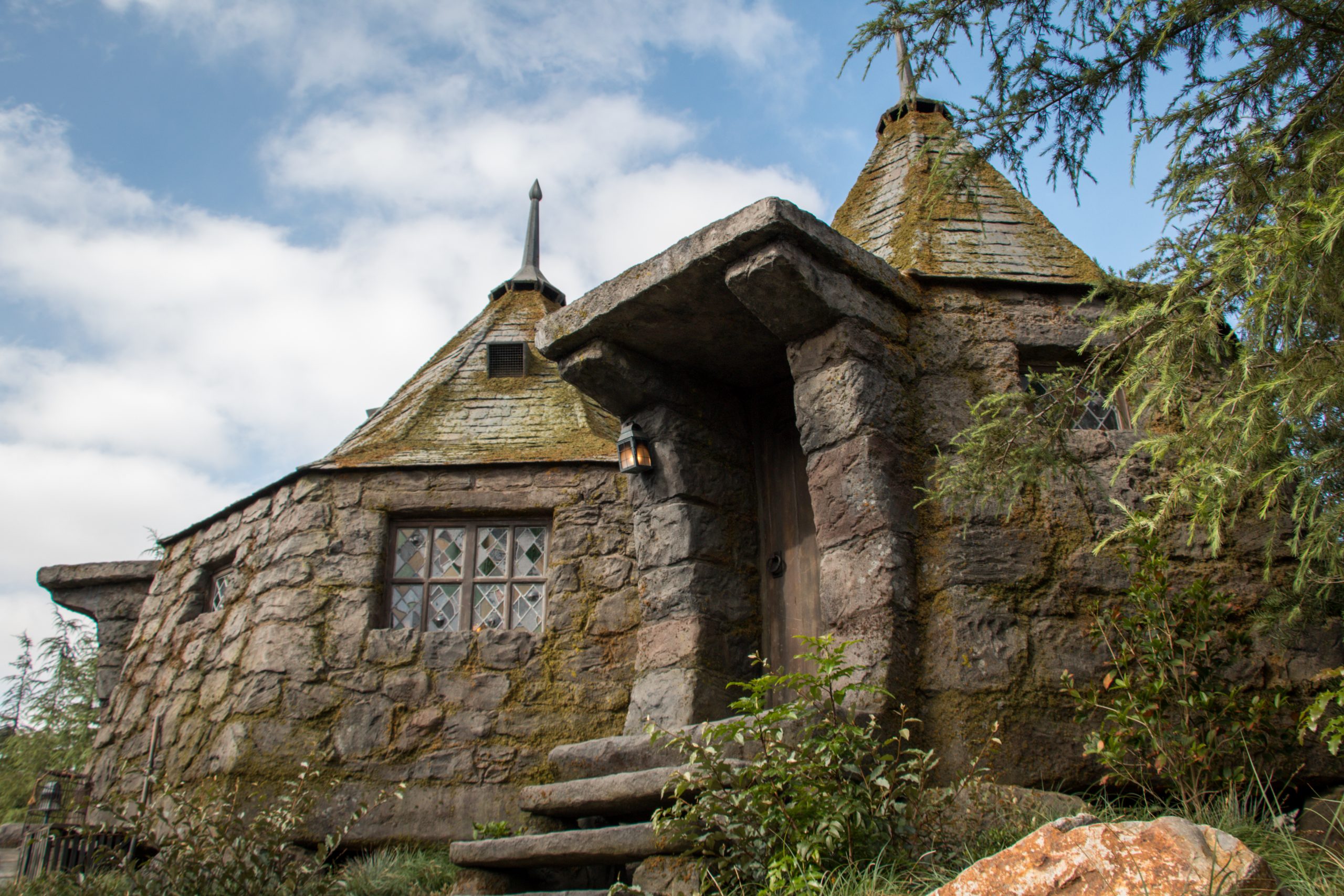 A Guide to Whisky Tasting in the Highlands