Tartan, the Symbol of the Clan

Braveheart used cinema to inspire hope in the minds of many an underdog. Through the mouths of drinkers, whisky reached all four corners of the globe. Yet it’s in the fashion industry that Scotland scored her most pervasive victory: the once-local tartans of the Highlands have conquered wardrobes and dressing rooms across the world!

How did this happen? Why are there so many different kinds? And which one should you be wearing? To answer these questions and more we’ll need to take a trip back into a distinctly chequered history…

Considering the simplicity of a pattern that is, in essence, a group of interlocking stripes on a colourful background, it’s perhaps no surprise to learn that traces of archaic tartan-like designs have been discovered not only in Scotland, but in the civilisations of other continents. The earliest known evidence dates back thousands of years to distant China, while millennia-old plaid twills found in Austria are believed to have been woven by the Bronze Age ancestors of the Celts.

Proof of tartan’s ancient existence in Scotland had to await the arrival of a culture more concerned with recording their experiences in writing and we have the Romans, including distinguished poets like Virgil, to thank for the bucket-loads of documents that reveal the prominence of tartan in Celtic clothing.

Bright colours, embroidered shirts, and cloaks of striped or chequered design are all mentioned as distinguishing features of fashion for the Caledonians, who are also depicted in this way in Roman art.

Fast-forward a thousand years and the Dark Ages make it difficult to know why the trend died out elsewhere, but we know that tartan had become everyday wear for Highlanders by the Middle Ages. Its popularity bridged societal divides and, by the 17th century, fixed prices were in place to ensure some regulation of the booming southwards exports of Highland tartan.

But the fate of tartan would change forever with the Battle of Culloden. The last major skirmish fought on the British mainland, Culloden put an end not only to Bonnie Prince Charlie and the Jacobite cause, but also came close to finishing off Highlands culture itself. In an attempt to crush any further whisperings of rebellion, a far-reaching Act of Proscription was passed in London, effectively forbidding the wearing of tartan on penalty of imprisonment or banishment.

While the ban lasted only a few decades, by the time of its 1785 repeal a generation of weavers had died out, taking many ancient traditions, patterns, and techniques with them. Most of the tartan we are familiar with today comes instead from the 19th-century Romantic movement and its survival and revival owes much to Sir Walter Scott.

An enthusiastic promoter of Highlands culture and proactive chairman of Edinburgh’s Celtic Society, Scott’s literary success and aristocratic networking brought him into early contact with the then-Prince Regent George. Years later, Scott managed to use his powers of persuasion to convince the newly-crowned George IV that the monarch could legitimately be seen as a Stuart prince and Jacobite Highlander, earning him the right to wear a kilt and tartan. George was sold and placed the first order of bright red Royal Tartan, otherwise known as Royal Stewart, from an Edinburgh outfitters in 1822, ready to show it off in the summer’s Grand Ball that Scott saw as a chance to showcase his revived Scottish culture.

Somewhat less enthralled were the lowland gentlemen and many clan chiefs, compelled to attend the event in similar garments, but with little knowledge of the all-but-disappeared ancient tartans. Obscure connections to Highland backgrounds were found or invented, a flurry of orders submitted to grateful Edinburgh tailors, and tartan’s destiny was sealed: with the growth of the British Empire and Queen Victoria’s Scottish love affair, tartan would forever be considered an iconic emblem of national Scottish dress.

While there is some evidence to suggest that clans used different colours and patterns to identify themselves on the battlefield, most modern-day clan tartans emerged in the aftermath of that pivotal moment in 1822. The distinctive green-blue-black of the Black Watch, for instance, served as a uniform for six regiments created in 1725 to patrol the Highlands. Since three of the regiments were under the command of Clan Campbell, the Black Watch would be adopted as the clan tartan over a century later.

Other clan tartans would broadly define geographical regions. Those on the western mainland, for example, mainly followed the MacDonald type of a broad green, flanked by narrow blues, while central Scotland tended toward the Mackintosh type of a green stripe, split by a wide red stripe. Both clans would be joined in a confederation known as Clan Chattan by the MacQueens, whose own red, black, and yellow tartan became a symbol of rebellious nature due to their role in the Jacobite Uprising.

Which is the right tartan for me?

One of the many tartans that emerged in the 1820s free-for-all was the yellow and black that Macleod of Dunvegan claimed on behalf of his clan. The most daring variation of this design adds a bold red stripe in what has become known as ‘Loud Macleod’, while a more subtle version, with green and blue checks, was considered the clan’s hunting tartan.

As such, the Macleod tartan is a perfect example of how tartans do not simply subscribe to a straightforward pattern of ownership, but instead follow a more complex picture. There are distinct plaids for certain villages or regions and sometimes even companies and individuals. Equally, variations on a single design are devised for different circumstances: hunting tartans tend to be darker in colour, mourning tartans are usually black and white, while separate dress tartans were historically reserved for women.

When choosing a tartan of your own, therefore, you can afford yourself a fair chunk of freedom. Those with Scottish ancestry are traditionally called to make reference to family names, but this doesn’t apply to everyone and there are few genuine restrictions. The Royal Family, for example, have exclusive permission to wear the Balmoral Tartan, but have at least made the Royal Stewart a government tartan that any British subject may freely wear and use (hence its frequent appearance in shortbread marketing!). Likewise, clans regard the wearing of their tartans by ‘outsiders’ as a mark of respect and are not averse to welcoming new members into their family.

In short, the choice is yours! There are hundreds of options to choose from and no one will bat an eyelid if you simply pick the one you like the look of most. And if none of those meet your expectations, you can always design your own… 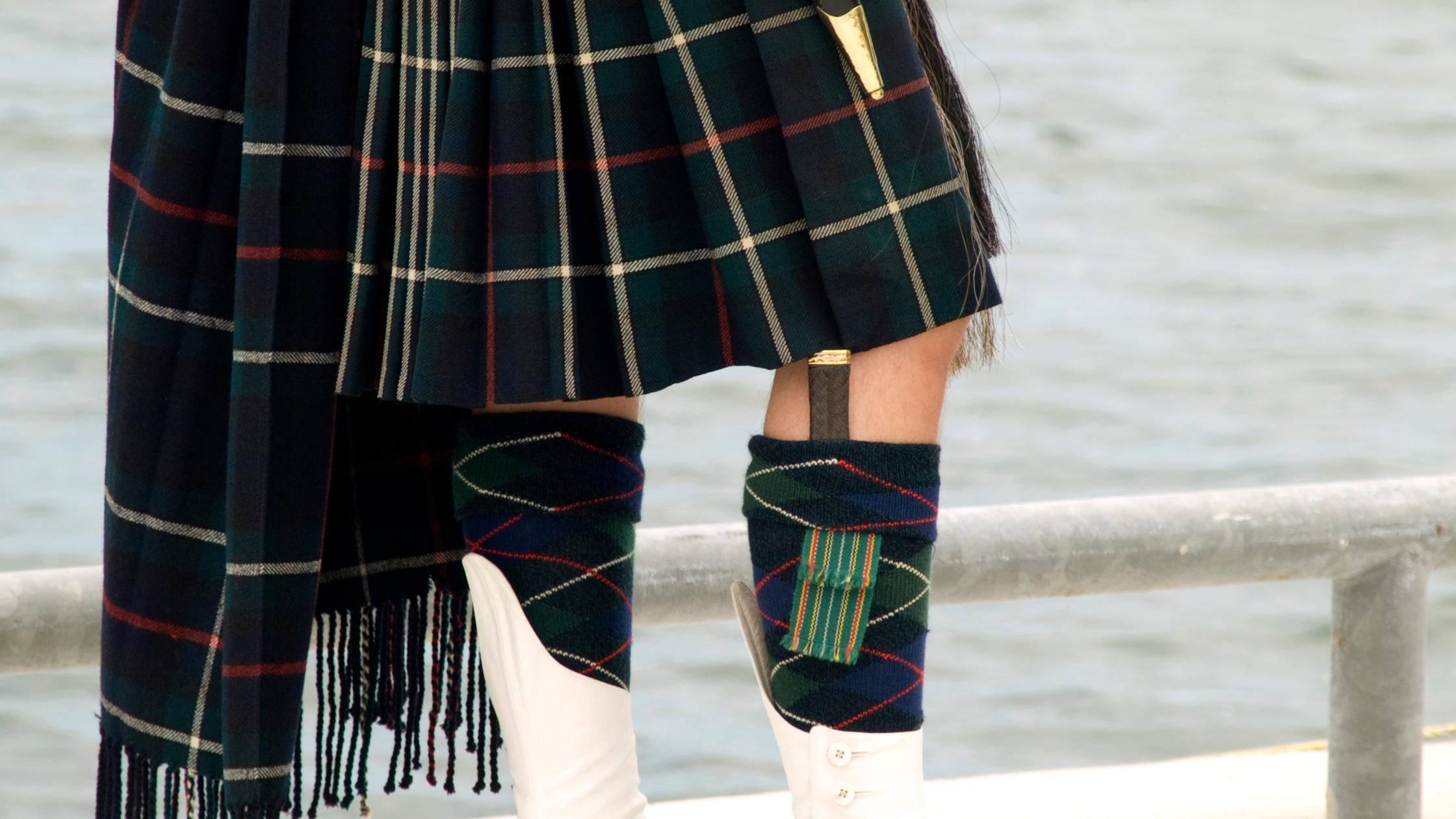 On the Trail of Nessie

A guide for perfect winter activities in and around the Highlands