Out of all the exports that Scotland has given to the world, it would be hard to find one that matches the popularity of whisky. The ‘water of life’ has conquered all corners of the globe to the point that many visitors travel over land and sea to discover our secrets.

And they certainly come to the right place – Scotland has more distilleries than anywhere on the planet with over 130 in full operation (a number that increases each year)!

Whether you’re the type who knows their mash bills from their pot stills or maybe someone who fancies trying a wee dram for the first time, you’re truly spoilt for choice. Here are a few of our favourite distilleries to visit on your way up to Glenloy…

Working out your Route

From the south you can reach Glenloy via two equally stunning routes starting in Glasgow or Edinburgh (consider arriving one way and returning the other to see the best of both worlds). As we did when we profiled the best film locations en route, we’ve pinpointed a selection of stops on the interactive map below:

Pro tip: remember to check out the distillery’s website before your visit – while some accept walk-in visits throughout opening hours, others require you to pre-book a slot for a tour and tasting, so make sure to take a quick look before setting off to avoid disappointment!

Glasgow takes advantage of its links to the lochs and the Trossachs to produce whisky within the city boundaries. The last decade has seen a revival in distilleries open to the public, giving you the chance to pay a visit before you hit the road. Glasgow Distillery became the first single malt whisky distillery in the city for over a century in 2014 and was joined a few years later by the Clydeside Distillery, well positioned to combine with other activities in the city centre.

Head out towards Loch Lomond and you don’t have to go far to reach Auchentoshan Distillery in the shadows of the Kilpatrick Hills. ‘Unique’ is a term whose meaning has been stretched and abused somewhat, but here the claims are genuine – this is the only place that triple distils its whisky for an extra-refined character. The end product is a smooth and delicate taste with a fruity aroma.

Half an hour north and you already find yourself in the unmistakeable scenery of the Highlands. Many have called Glengoyne Distillery the most beautiful in Scotland and you can judge for yourself in the tasting room that looks out over a picturesque waterfall and wooded valley. Patience is the name of the game here, with the award-winning malt distilled at a slower rate than anywhere else – it only takes a few sips to realise it’s worth the wait!

On the verge of opening at the time of writing, the brand-new venue at Glen Luss on the Loch Lomond shores bills itself as an innovative distillery and brewery experiment – keep an eye on its website to find out when visits are available.

Sourcing its peat and water from Britain’s tallest mountain, the Ben Nevis Distillery is one of the oldest licensed distilleries in Scotland, coolly combining geography with history in a match that rivals its famous blends. The Fort William institution boasts a versatility to go with its age, leaving no shortage of single malts and blends to choose from when raising a toast for its bicentennial celebrations in 2025.

A considerable number of their barrels actually end up heading to East Asia where distillery owners Nikka, a giant of the Japanese whisky scene, use it in their own award-winning blends. The results of their success are evident in the funding of a special audio-visual presentation that forms part of the visitor experience here – meet the mythical giant Hector McDram to discover all about the Legend of the Dew of Ben Nevis.

The lowlands to the south of the capital may offer less dramatic scenery, but the owners of Holyrood Distillery aim to showcase the fantastic natural resources of the nearby coast and mountains. As in Glasgow, a century-long trend was bucked in 2019 when the opening of this venue restored a single malt whisky distillery to the streets of Edinburgh.

Just round the corner, the Scotch Malt Whisky Society has no such distillery of its own but is certainly worth a visit for enthusiasts. You won’t be surprised to learn that there are hundreds of whiskies to choose from behind the doors of the elegant Georgian building on Queens Street.

The glorious Perthshire countryside is home to Glenturret Distillery, the oldest working distillery in Scotland and steeped in history. Visitors here follow in the footsteps of princes, prime ministers, and celebrated figures like Robert Burns, all of whom couldn’t resist a closer inspection. Nowhere offers an insight into traditional whisky making quite like this – the same handmade process, involving Scotland’s last remaining hand-operated mash tun, has been used for well over 200 years!

Not far away is the Aberfeldy Distillery, founded by the legendary Dewar family. In addition to some fine single malts, this is also home to the bestselling blends of scotch in the US, including renowned names like White Label.

From a charming rural setting near Pitlochry, Edradour Distillery revels in its status as Scotland’s smallest whisky distillery. What it lacks in size it more than makes up for in character, priding itself on ultra-authentic production methods and an output that puts quality ahead of quantity (though they do still manage almost 30 different single malts!). Without modern distractions, visitors get to appreciate the full sensory experience, from the sounds and smells to the sumptuous tastes.

The location of Dalwhinnie Distillery, the highest in Scotland at 1164 feet above sea level, is not just some marketing stunt. From the surrounding mountains and bogs it can count on a seemingly endless supply of fresh water and peat – the secret behind that smoky Highlands taste – that complements its strikingly scenic position in the Cairngorms.

The atmosphere of the Western Isles’ remote and rugged landscape is reflected in its spirits, as anyone fortunate enough to have tried a Talisker will agree. Home to a range of full-bodied single malts, the distillery on the shores of Loch Harport had to build its own pier to keep up with demand! After almost two centuries as Skye’s only working distillery, Talisker was joined in 2017 by the Torabhaig Distillery in the wild Knoydart peninsula.

Further down the coast, the Tobermory Distillery caters for multiple tastes with its rare range of both peated and unpeated whiskies that capture the essence of the island. Trips to Mull offer several further opportunities for visits, whether you take the ferry from Oban, whose historic distillery actually predates the town, or from Kilchoan, where the more modern Ardnamurchan and Ncn’ean distilleries have sprung up in secluded spots nearby over the last decade.

Though just 25 miles long, few can rival Islay’s claims to whisky supremacy. As well as its abundance of spring water and barley, the island has plentiful supplies of peat that has been altered by sea spray to provide a noticeably different taste to that of the mainland, usually more pungent and smoky. There is one distillery for every 400 residents here, so you won’t struggle for options – try Lagavulin, Ardbeg or Bowmore to experience the traditional Islay flavours.

For those keen on taking the adventure further, the Speyside region to our northeast offers Scotland’s highest concentration of distilleries. If you’re heading in that direction, a couple of options near Inverness make for a comfortable pit stop en route.

Glen Ord Distillery makes the most of Black Isle’s rich and fertile soil to slow-distil its own barley – you’ll have to visit in person to sample its signature Singleton as it’s not for commercial sale anywhere in Europe! Meanwhile, the award-winning malts of Tomatin Distillery continue to be made on a site known for whisky production since the 15th century. 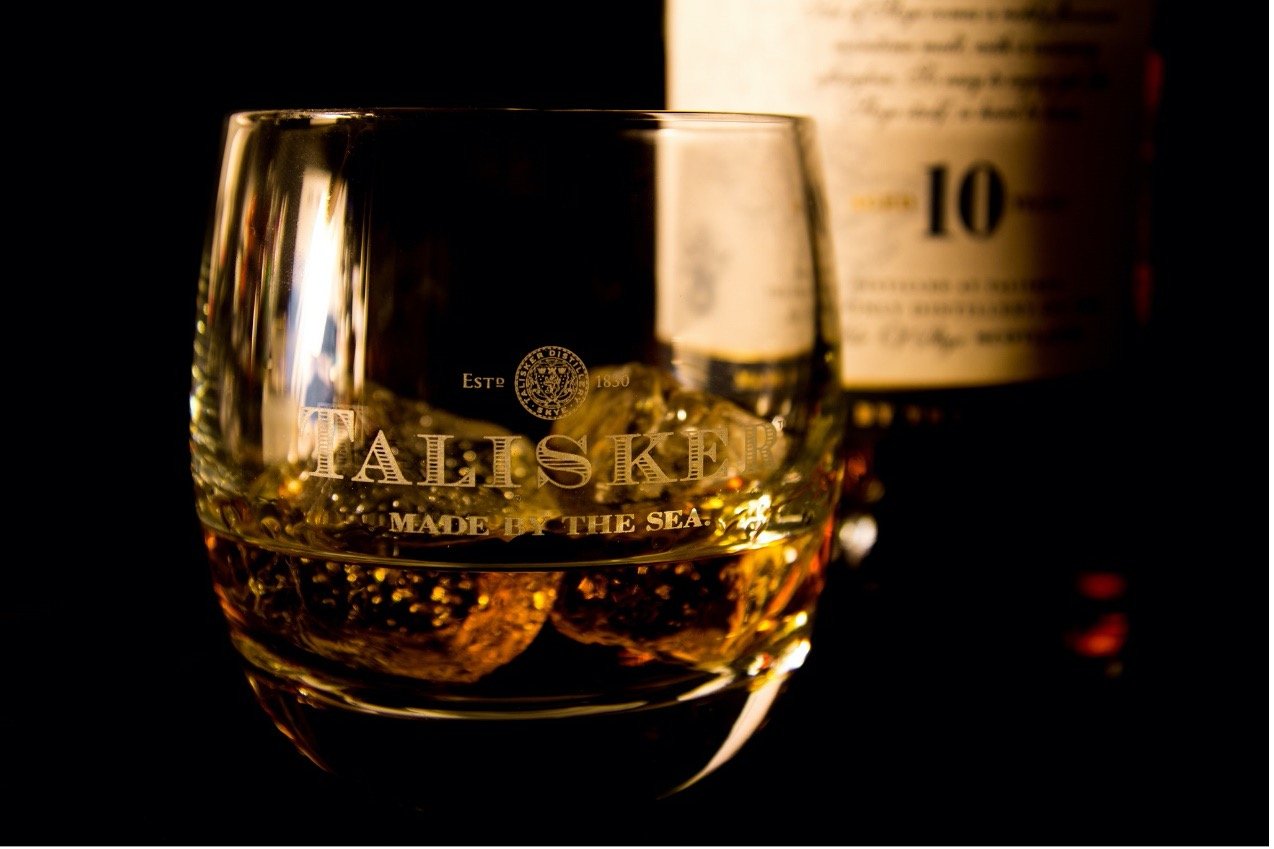 Wild Swimming in and around Fort William