Under the scorching sun of a summer heatwave the human mind seeks the water that will quench the body’s thirst. Thankfully there are no desert-like mirages here in the Highlands – those fountains and showers that spring forth from every crack and crevice of our surroundings are all too real.

Along with its 10,000 miles of coastline, Scotland boasts tens of thousands of lochs and enough streams and rivers to hold 90% of the UK’s surface freshwater, the majority of which flows through the glens of the Highlands. And where water flows fish tend to follow, giving the region untold opportunities when it comes to fishing.

Whether you’re casting your line for the first time or the thousandth, there are more than enough options to satisfy anglers of all backgrounds. Let’s see if we can dangle that bait in front of you with a snapshot of what you might find here and perhaps we’ll reel in a catch or two…

When should I go?

In truth, there is no time of year where you’ll come up completely short, but it all depends what you’re looking for. The likes of whiting, codling, and dabs can be found even in the dark of February and March, but the ‘real’ season stretches from around mid-spring to mid-autumn, peaking in the earlier and later months of this period when temperatures are not quite at their maximum.

Of course, the great variety of natural environments creates a rich diversity of species, with pike, trout, and salmon the most popular. The season for pike and trout generally runs from March through to October, though the best times begin in May, after the breeding season is over.

Meanwhile, the famous Atlantic salmon make their astonishing upstream journey from ocean to river in the late autumn. Just remember to keep your eyes open though – salmon are known to leap several metres out of the water, particularly in the morning or evening hours when they’re most active!

Indeed, time of day is an aspect worth giving some thought to. While it’s true that the thousands of rivers and lochs offer an almost infinite number of secluded spots, there are still many whose natural beauty appeals to fisher and sightseer alike, and you’re just as likely to drift into the frame of an unexpected selfie as a shoal of mackerel! Once the sun goes down, you’ll find hotspots like Loch Linnhe pleasantly peaceful and perfectly suitable for several hours of night-time fishing.

Where should I go?

It’s almost easier to decide where not to go given the abundance of options, but let’s start with what makes the Highlands unique: the lochs. Nowhere else in Britain can you find this kind of natural phenomenon, with their scarcely believable depths and the stillness of the water, undisturbed by the movement of waves, creating sheltered environments for the kind of deep water fishing and surprisingly large catches that are rarely found inland.

Several lochs offer excellent options within half an hour of Glenloy. Loch Arkaig is perhaps our favourite, with quiet spots on the northern shore allowing bank fishing for pike and wild brown trout of 3-4 lbs on average or ferox trout caught either on the fly or trolling, if you prefer to take a boat out to the centre.

Tranquil Loch Linnhe has a worldwide reputation for game fishing and offers everything from langoustine and mackerel to pollack, thornback rays, and spur dogs. Accessible only by boat, Loch Shiel retains a glorious sense of isolation where the odds of success from the plentiful sea and brown trout population are in your favour. And then there’s the magnificently wild beauty of Loch Morar, the deepest body of water in the UK, where you are free to choose between bank fishing, fly fishing, and trolling as you please, such is the wealth of options in one of the lochs least affected by fish farming practices.

River fishing, meanwhile, gives you the best chance of an encounter with the ‘king of fish’, the Atlantic salmon, not least in the Loy that surges down through our estate. Close by, the Strontian and Polloch see both salmon and trout run the rivers towards late summer, while the Aline provides three miles of double bank fishing in the perfectly clear waters of a Highlands spate river.

Finally, anglers braving the rugged west coast will discover everything from cod and halibut to skate and beagle sharks. Here the warm waters of the Gulf Stream create preferential conditions for species such as sea bass, while the increased depth offers shore fishers catches of a size almost impossible to find without a boat anywhere else in Britain.

What else do I need?

Aside from a sense of adventure, we’ve got everything you might need here already! Rules on permitted types of fishing, hooks, and permits can vary considerably, but our wise estate owner is knowledgeable and friendly enough to help out with queries about what you can and can’t do.

When it comes to equipment and assistance, we can fix you up with rods, lines, flies, and even a boat, in addition to providing ghillies and guides for those seeking some extra advice on how to make the most of their day in the water.

There’s a reason why the wilds of the Highlands are regarded as something of a fishing nirvana, but there’s only one way to find out just how true it all is! 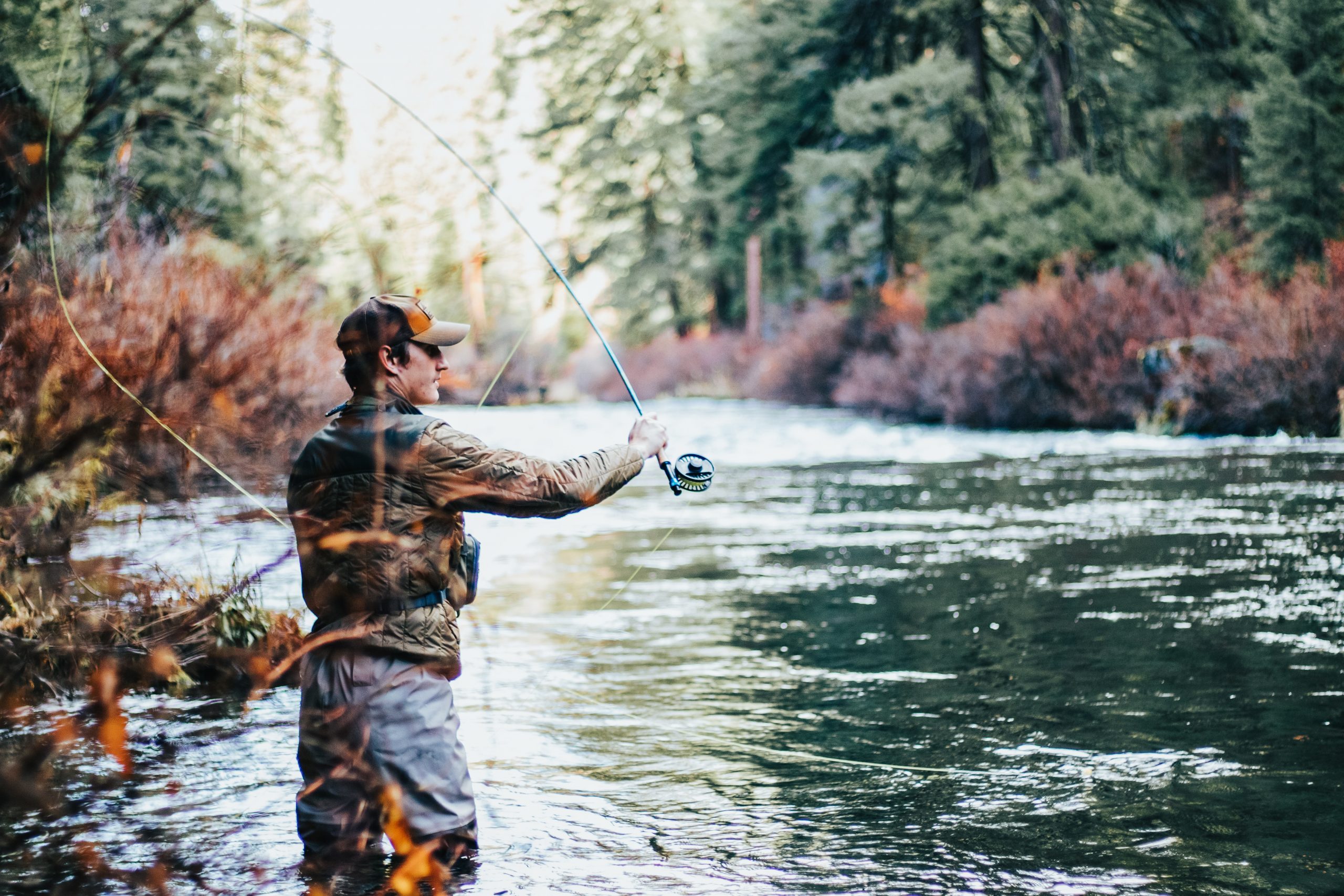 A guide to the best stargazing spots in Scotland