When it comes to keeping secrets, nowhere does it quite like the Highlands! We can’t deny that inquisitive guidebooks, magazines, and bloggers have chipped away at our surface to announce the ‘discovery’ of all kinds of hidden Highland gems over the decades. But one treasure in particular, small in size yet huge in potential impact, remained a local mystery for a full billion years, before a team of leading geologists, palaeontologists, and biologists interrupted the dormant state of bicellum brasieri in 2021.

Described as the missing link in animal evolution, the world’s oldest fossil was found at Loch Torridon and is changing science’s perceptions about the origins of life on Earth. On a far less lofty scale, the discovery also got us thinking about what we really mean when we talk about hidden gems round here.

If some secrets can last for so long, who’s to say there aren’t others out there for those who know where to look? Turn up the volume on that Jurassic Park theme tune and let’s head out for a spot of fossil hunting!

The soundtrack’s booming, the thermoflask is filled with enough coffee to keep you going for days, and you’ve shown your commitment to the cause by investing in a snazzy looking geological hammer. You’re all set. So… what is it we’re looking for again? Perhaps we should go back to basics with a quick beginner’s guide…

Fossils themselves are nothing more complicated than the visible traces of once-living organisms, though they can appear in multiple forms. Bones, footprints, and objects preserved in wood, amber, and oil are all good examples, while shells are possibly the most recognisable type for most of us.

What something so innocuous can teach us about our past is nothing short of remarkable. By finding and studying fossils, we know that what we today call Scotland has been everything from a desert, ocean floor, and tropical swamp, to a land roamed by the mightiest of dinosaurs.

Palaeontologists dedicate their time to these studies and have worked out several distinct time periods, some many millions of years in length, separated by cataclysmic events that changed the make-up of the planet. In the modern day, so many tourists make long journeys to come and see the beauty of the Highlands, but few realise just what an epic journey Scotland has taken herself…

Half a billion years after bicellum brasieri came into existence, Scotland was somewhere at the bottom of an ocean some way south of the equator. Over the course of these early geological periods, the land would move northwards and upwards, attaching itself to England as the Iapetus Ocean disappeared, and rising thousands of metres above sea level. It was during this time that the world’s earliest land animal, an unnamed millipede, enjoyed its brief existence not far from Aberdeen.

By the time of the Permian period, Scotland had become part of Pangaea, the super-continent from which all the Earth’s continents today descend. Then, moving north of the equator to occupy roughly the same position as modern-day Greece, the pleasantly tropical climate was shared by dinosaurs on land and sea throughout the Triassic, Jurassic, and Cretaceous periods.

Around 200 million years ago, Pangaea started to break up again (perhaps catching out a certain sea creature and stranding her in Loch Ness?). The Atlantic Ocean emerged as Europe and America drifted apart, leading us into the Quaternary, our current geological period. While dinosaurs were long since extinct, the Scottish landscape was instead replete with woolly mammoths and rhinos as a series of Ice Ages came and went, bringing cycles of glaciers and ice sheets that shaped much of the beautiful scenery we admire today.

Fantastic Fossils and Where to Find Them

It goes without saying that Scotland’s journey across many miles and millions more years has left it with some wonderfully varied options when you start looking for the remnants. But there are certain hotspots where the conditions of the climate and geology have combined to give you a greater chance of unearthing a treasure.

Generally speaking, your best bet is to head to the beach, where fossils might be washed in from afar or eroded out of the cliff face. The east coast has a particularly high yield of plant remains, trilobites, and giant millipede tracks embedded in the carboniferous rocks. Meanwhile, the 2003 discovery of a hand-print revealed the existence of the ‘chirotherium’, or hand beast, living on the Isle of Arran in the Triassic period.

But the fossil-finder’s paradise of the Highlands is undoubtedly the Isle of Skye, sometimes known as ‘Dinosaur Isle’ in the palaeontology community. While Skye’s oldest fossils date back 500 million years, it is best known for its wealth of Jurassic-era gems as coastal erosion exposes increasingly large stretches of sedimentary rock. With dinosaur and Middle Jurassic vertebrate fossils particularly rare globally, the beaches of Skye provide unique information for scientists in understanding how vertebrates evolved.

Within easy reach of the island’s capital of Portree, the beach at Bearreraig Bay is particularly rich in belemnites, while also offering a good chance of finding that collectors’ favourite, Ludwigia. Not much further on, Rigg is awash with larger ammonites but, despite its stunning scenery, should be considered only by experienced fossil hunters familiar with navigating tide and weather conditions.

Equally beautiful, but much more accessible for novices, is Ardnish Point, whose abundance of loose Devil’s Toenails is complemented by the (more lively!) wildlife of dolphins and sea eagles, making it a perfect day out even for kids. Finally, the 170-million-year-old rocks of Elgol are jam-packed with bivalves, making it a great all-rounder that offers a near certainty of finding fossils beneath the shadow of the Black Cuillin.

Knowing where to go doesn’t tell you everything though – you’ll also want an idea of what to bring with you. First off, since you’ll be on the beach, make sure you’ve got a good pair of boots and are fully clued up about the weather and tide times, either by consulting a local, a tide table book, or suitable app. Now that you’re safe from getting cut off, you can think about bringing along some newspaper to wrap any successful findings in, and perhaps some safety glasses and a geological hammer if you intend to split rocks open.

On that subject, be careful not to go hammering into any bedrocks or cliff faces – not only is this illegal in Sites of Special Scientific Interest, the status that most fossil-hunting hotspots are protected by, it also endangers you by increasing the possibility of rock falls. Target loose pebbles and boulders instead and, in the interests of sustainability, limit your collecting to a minimum, despite any temptation on those fruitful beaches. In case of any doubt, the Scottish Fossil Code offers excellent advice on responsible practices.

Of course, anything you find in loose rocks can be labelled and stored to get your personal collection off and running. But if you do happen to stumble across the next billion-year-old fossil with history-changing potential maybe consider a donation to the local museum! 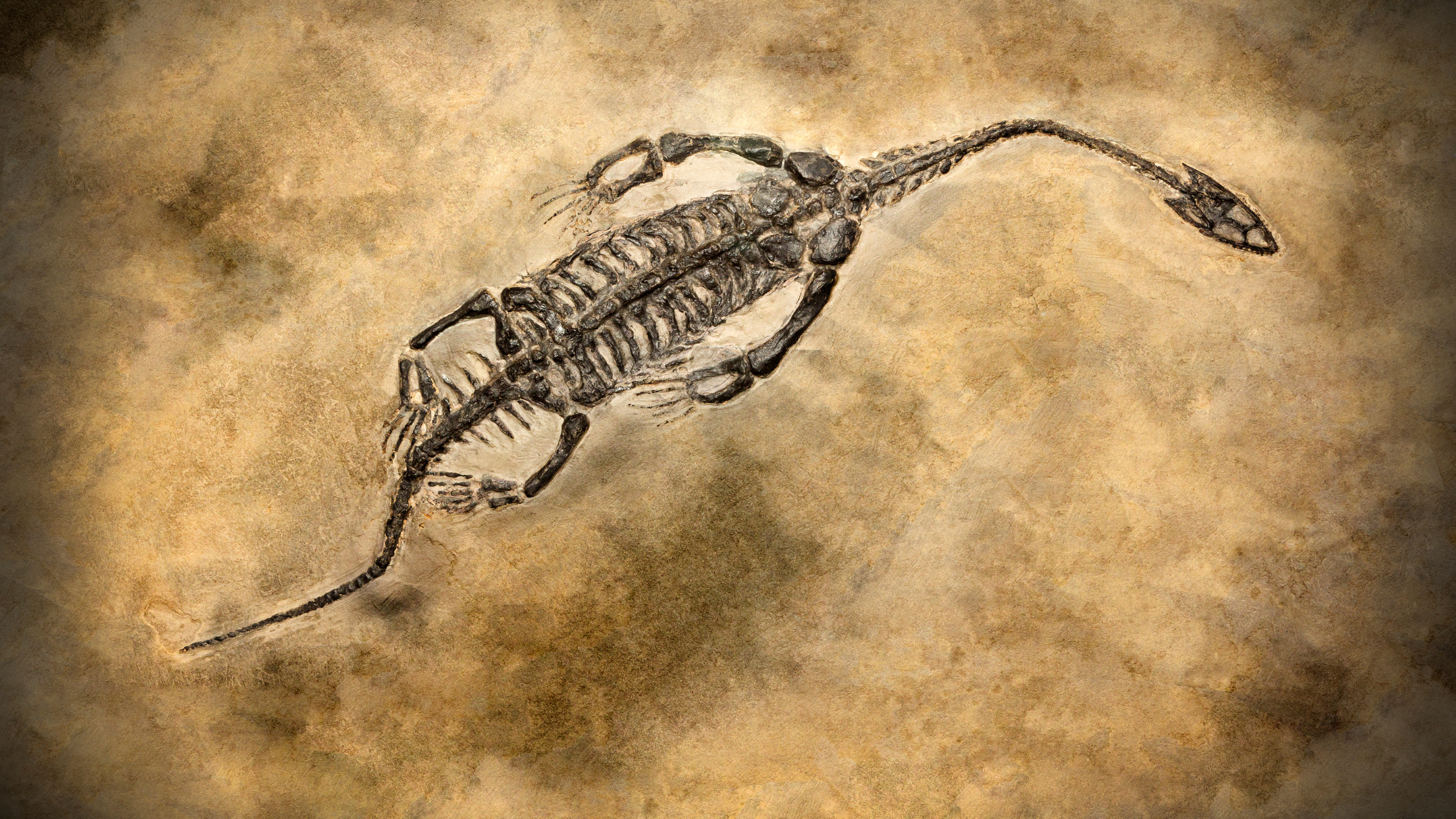