As I write it is the beginning of August, so we could effectively say that autumn is already upon us. Indeed, we have already seen leaves falling. The end of July and the first couple of weeks of August are usually considered to be “High Summer”, however, even in these northerly latitudes. This is traditionally a time when the vegetation is starting to look tired, the grass dry and the birds are quiet. Young birds are skulking, and adults are moulting, making them more difficult to see. Many of our specialist butterflies such as the chequered skipper and pearl bordered fritillary have finished breeding and are no longer on the wing. Locally, we have experienced a typical Lochaber summer, with wet and often cool weather (heatwave, what heatwave?).

Some of our Insects, particularity butterflies and dragonflies, have emerged late and can still be seen, and we have lush display of wildflowers, with even orchids still flowering. There is still plenty to see locally, so with that in mind I thought I would highlight what we have been seeing in the last couple of weeks in Glen Loy, both at the Lodge and further along the Glen.

Pine marten kits are growing fast, and mothers have their work cut out to both feed and chaperone their increasingly independent youngsters. Our resident female has only produced a single surviving kit this year. Mum and son are regularly coming to the house to feed, but she is always very wary, and far more likely to run off than the nonchalant males who share her territory. This is breeding season, and no doubt she is busy keeping unwanted suitors at bay.

Conversely, the red squirrels have had a very successful season, with several small youngsters competing at the peanut feeders (they are now given short shrift by adults). We have a healthy local population, with up to five squirrels visible at once, the squirrels moving between both our and our neighbours’ gardens to feed. They seem to share our eating habits and are more active at times corresponding to breakfast, lunch and teatime. A welcome addition to the garden mammals has been badgers. At least two individuals now wander through in the dead of night on a regular basis, looking for the odd fallen peanut, only to be captured on camera trap. Wood-mice also come looking for treats, often pinching their share of pine marten food always a risky strategy.

Our colony of soprano pipistrelle bats is now at its largest and noisiest. As dusk approaches the bats become more active, scuttling and squeaking, until they emerge in a broken stream to fly around the garden.

It has been a good year for birds breeding in and around the garden, as evidenced by the numbers of youngsters coming to the feeders. In addition to the usual chaffinches and tits (blue, great and coal), there are good numbers of house sparrows. This is unusual as in previous years they have only visited sporadically from next door. Siskins have been present all summer (also interesting as they usually go quiet at this time of year), so must have been breeding successfully in the garden. Similarly, we are seeing young goldfinch, which also only used to be an occasional visitor. Both blackbirds and song thrushes have produced more than one brood, as have robins.

We are also visited regularly by a family of jays, who’s acrobatic antics around the feeders almost matches that of the squirrels. Young greater spotted woodpeckers are following their parents’ lead in also using the peanuts and fat balls. Other regular summer visitors have included common gulls, which leave their nest sites on the Lochy shingles to scavenge the bird table, and hooded crows that bully the smaller birds. A constant feature this season has been a family of mallards. The duck has been bringing her brood of seven ducklings to hoover up spillages every day. The ducklings are now almost fully grown, a testament to her parenting skills given the number of martens around.

We have also had one or two less regular species around the garden. Crossbills sing from the high conifers, which are bulging with a bumper cone crop. It promises to be a good winter for crossbills, Bullfinch whisper quietly and willow warblers diligently hunt for caterpillars. The blackcaps have stopped singing but are occasionally glimpsed. Under the feeders we see the occasional glowing yellowhammer and have started to have frequent sightings of greenfinch. This is very welcome as we practically lost our local greenfinch to the nasty bacterial disease, trichomoniasis.

Sand martins swoop around the trees after midges on a still evening but sadly for the first year since we came here, they have not been joined by breeding swallows. A pair of sparrowhawks takes full advantage of this birdy bounty. Buzzards mew loudly over the house.

Watching out over the Great Glen can give added bonuses such as osprey. We were lucky enough to see four ospreys calling and soaring together over Loch Arkaig last week, parents and newly fledged youngsters stretching their wings. An adult white-tailed eagle provided the icing on the cake on Monday for guests engrossed in emptying my moth trap. Further up the glen stonechat and whinchat have had a good season. Lucky guests have been able to spot a kingfisher on the Loy from the end of the drive.

Speckled wood butterflies have been flitting about the flowers at the front door and have been variously joined over the season by peacocks, red admiral, small tortoiseshell, and earlier, commas. Along the verges of the glen road the merest glimpse of sunshine brings out clouds of glossy scotch Argus. This has been a good (?) year for midges, which in turn attracts hunting insects such as robber flies and dragonflies. Large hawkers (common and southern) hunt around the rhododendrons, along with our largest dragon, the golden-ringed, Rarer dragonflies, such as azure hawker and northern emerald, are still on the wing, both along Glen Loy and around Loch Arkaig, and we have managed to photograph both species in the last week.

A rather surprising addition to our invertebrate fauna was spotted in a bog above Loch Arkaig, in the shape of the largest spider I have ever seen in Britain. This was a female raft spider, with a body length of over 2.5cm, assiduously guarding a nursery web of spiderlings.

Along the Banavie road there are still greater butterfly orchids flowering, prominent in a patch of wildflower meadow by the verge in the village. Heath spotted orchids are still blooming in the bogs along the glen, and a patch of common spotted orchids is spreading nicely on the banks of the canal.

Purple-headed knapweeds are being joined by devil’s-bit scabious to produce a riotous display together with creamy meadowsweet , vivid blue harebells, and yellow ragwort along the verges, in some of the less-improved fields, and along the towpath. The hills are at their soggy best, with spikes of bog asphodel interspersed with pink clusters of crossed-leaved heath, bell heather, tormentil and heath bedstraw. Soon the purple hue of ling will cover sections of the hillsides. Who said there was not much to be seen in High Summer? 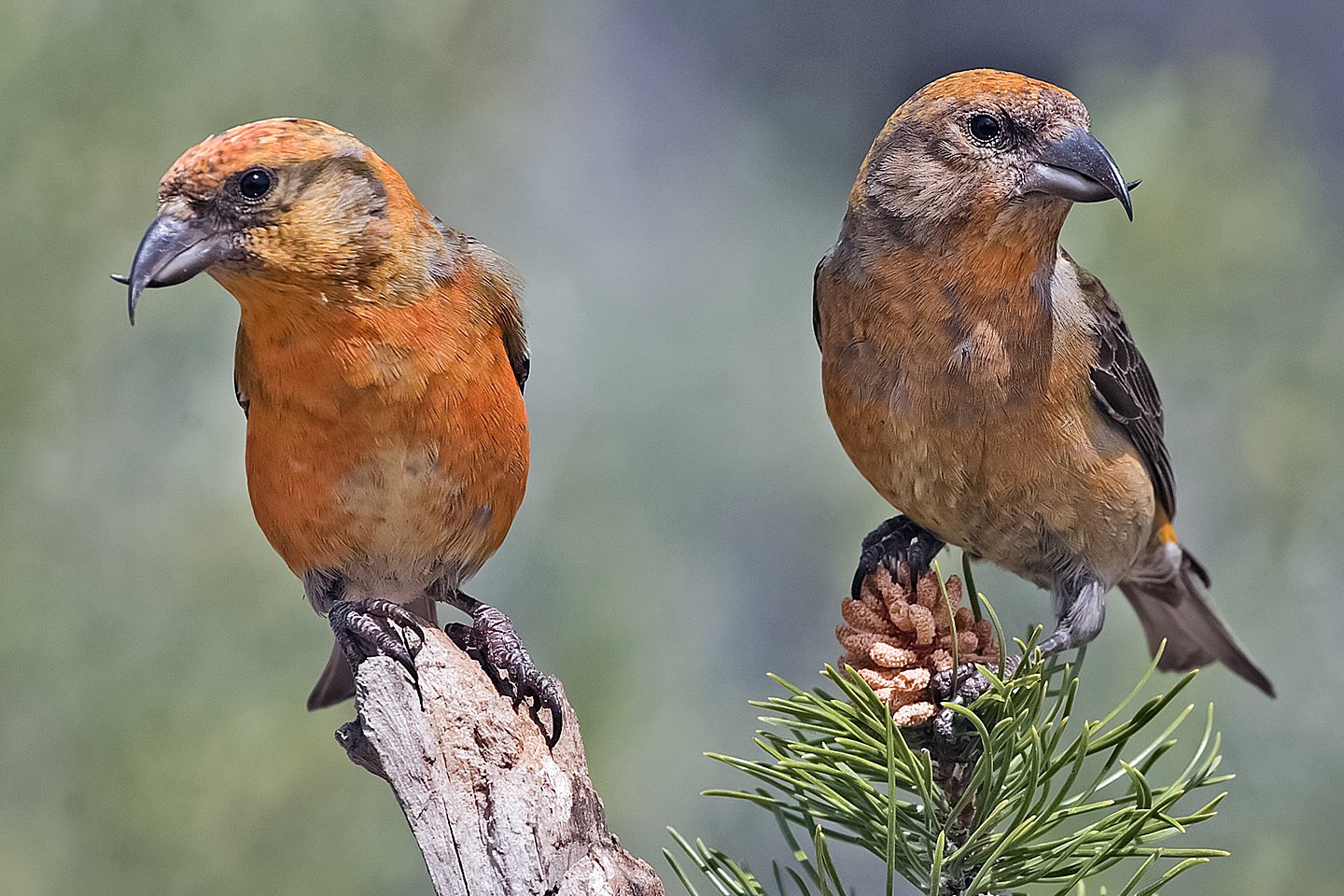