Starry-Eyed Visions of a Highlands Winter

If an alien from a distant planet, knowing nothing of us earthlings and our ways, were to suddenly land in our garden it would still understand that a place called ‘the Highlands’ keeps its treasures well above your average eye level (at least of us humans – we can’t be sure where extra-terrestrials keep their eyes!)

Our towering peaks and far-reaching glens rarely fail to put hikers’ bodies through their paces, but when it comes to neck muscles we reckon you can give them a good enough workout from the comfort of the hot tub! While your daytime focus concentrates on dramatic mountain tops, a slight seat adjustment reveals where highlights are hidden after sunset.

Tilt up your gaze a wee bit further and ‘the Highlands’ gets a whole new meaning, as a galaxy of nightlife awakens above your head and reveals views that stretch several million miles further than the ones offered by Ben Nevis!

Yes, here we are blessed with some of the finest dark skies in Europe thanks to the negligible levels of night-time light pollution. In recent years, Scotland’s Dark Sky revolution has seen an increasing number of dedicated hotspots spring up and develop, attracting amateur stargazers and experienced astronomers alike. Let’s shed some light on the great unknown and suggest where to see colossal constellations, shooting stars, amazing aurora, and perhaps even our alien friend’s far-off homeland!

The revolution kicked off in 2009 just a few miles from our home when Glen Nevis was declared Scotland’s very first Dark Sky Discovery Site. While remote areas almost always provide the best stargazing conditions, this site bucks the trend somewhat, with its light-free night sky within easy reach of a major town like Fort William.

The secret weapon is in those imposing peaks, which first act as handy barriers against light pollution from elsewhere and then double up as impressive vantage points, where the added elevation can make a world of difference. In addition to the purpose-designed visitor centre, recommended spots include Lower Falls and the summit of Dun Deardail, but with the entire glen rated Milky Way Class you’re guaranteed breath-taking views of the galaxy from all over the valley.

You don’t need to travel too far west to get a genuine feeling of isolation though and Ardnamurchan’s stubborn resistance against the juggernaut of modernity preserves a gloriously unspoiled landscape that allows you to imagine the prehistoric night sky of our ancestors.

As well as more star clusters than you can count, the moonless nights from Sallachan Beach are reputed to deliver some majestic meteor showers. And if all your stars align you might even encounter one of nature’s most breath-taking phenomena – the Aurora Borealis, or Northern Lights, have been known to dance their way across these skies on occasion. Corran Point is considered an optimum viewpoint where the high concentration of oxygen delivers a distinctly green-hued spectacle to lucky aurora-hunters.

If you’re looking for the perfect example of nominative determinism this is pretty much your dictionary definition. One of the darkest places in the whole of Europe, Skye boasts no less than nine (9!) Dark Sky Discovery Sites scattered across the Isle, helping the Skye sky really live up to its name.

Three are clustered in the northwestern Waternish peninsula where street lamps never arrived, but there are another three in relatively easy reach of the south around the Armadale area. And such is Skye’s reputation as a Dark Sky mecca (not to mention one of the closest things you’ll get to a Northern Lights guarantee), stargazers can’t really go wrong whichever direction they choose.

One of the best things about the extended summertime daylight is that it allows us to fit in all sorts of sightseeing from early till late. It’s only natural then to think the terribly short winter days pose a challenge in cramming things into the few hours available, but Abriachan shows how challenges can become opportunities.

With evenings starting early, there’s no need to set your alarm for an ungodly hour and you can instead take your time to admire the beauty of the dark from the afternoon onwards or perhaps join up with one of the Star Stories events run by Highland Astronomy Tours. You’ll no doubt learn from local experts how Abriachan’s position high above the moors combines perfectly with its northerly latitude to offer the rare privilege of seeing numerous circumpolar constellations where the stars always stay above the horizon.

Continue east into the Cairngorms and you go up a notch in more ways than one, reaching an International Dark Sky Park that stretches 200km2 across one of Britain’s last remaining wildernesses. International recognition came only in 2018 and reflects both the outstanding natural darkness of the skies and the sterling efforts of the local community to transform the few street lights that exist into ones better suited for astronomy.

If you’re an experienced camper nothing beats a night under the stars at the heights of the Lecht (but please make sure you know what you’re doing!). A better option for newcomers is to head first to the Discovery Centre, where the planetarium and observatory will help you sort your nebulas from your Northern Lights and show you the best spots for watching the main events of the winter calendar: the Geminid and Quadrantids meteor showers.

If you can brave the prospect of island-hopping in winter, make sure you don’t leave Coll off your list. In just a single ferry journey from Oban, you’ll find yourself on one of the only two Dark Skies Islands in the world!

Not only does Coll enjoy the benefits of a minuscule population and zero street lights, but the lack of high land also avoids the prospect of cloud build-up that you find elsewhere in the Hebrides and keeps the night skies clear and free from cover. In fact, so good are the conditions here that stargazers can enjoy many months’ worth of fun after dark with the Milky Way visible as early as August!

We couldn’t not mention Galloway, home not only to the UK’s first Dark Sky Reserve, but also to Moffat, Europe’s first Dark Sky Town. This sparsely-populated area is another blessed with seriously low levels of light pollution and the majestic carpet of shining objects overhead offers the kind of perspective that makes you appreciate the enormity of the space beyond our planet.

Adventurous astronomers can take advantage of the clear skies in remote areas like Loch Riecawr or Clatteringshaws, while beginners should make the most of the superb facilities at the Scottish Dark Sky Observatory on Loch Doon, the only public-use venue of its kind in the world. Several dedicated Dark Sky Rangers are on hand to provide assistance and a pair of large telescope helps reveal distant pulsars and comets.

But from this Dark Sky paradise, you can even see Andromeda with no equipment at all – 2.5 million light-years away, our neighbouring galaxy is the most distant object visible to the naked eye. 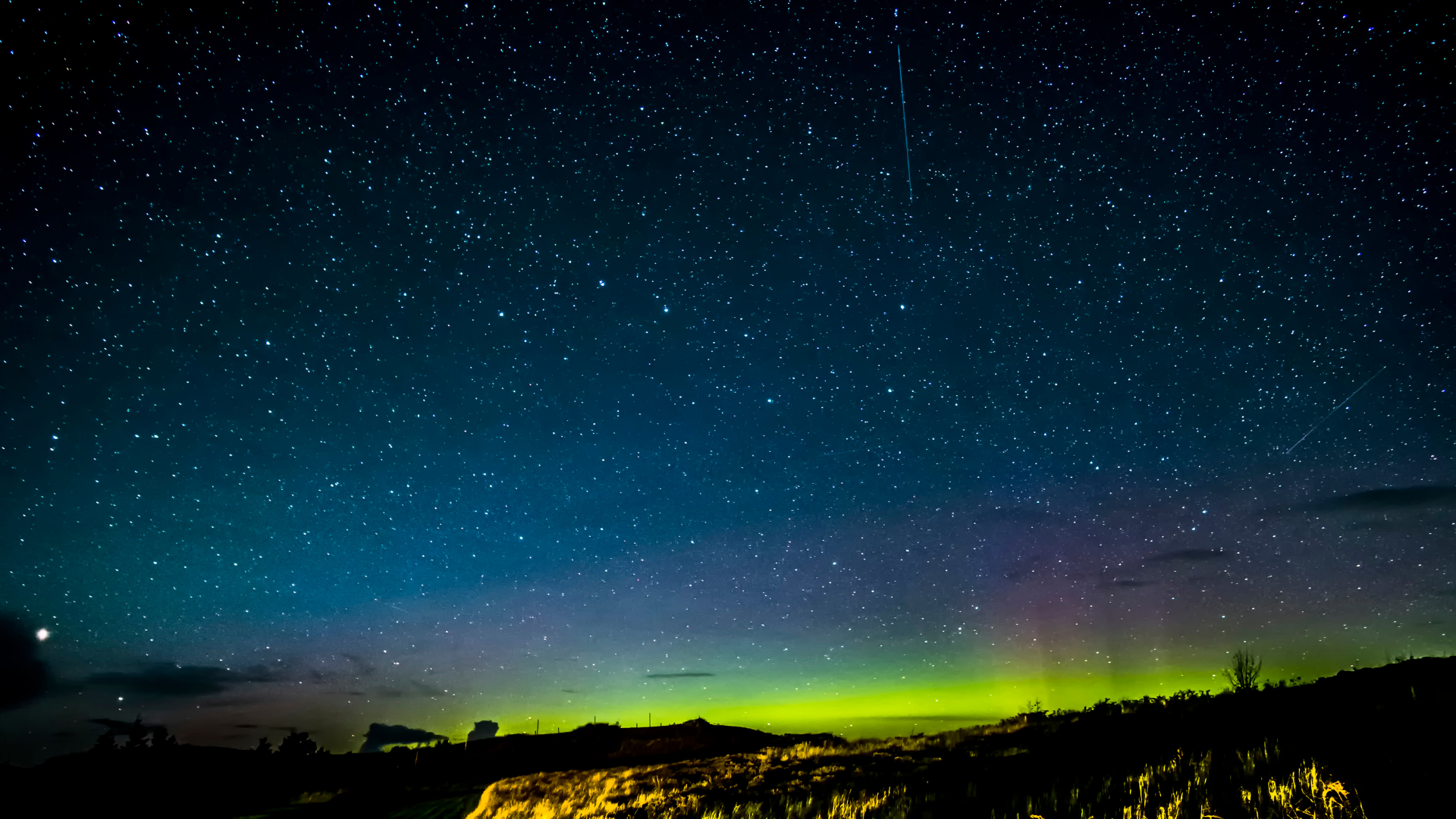 An interview with our local bird watcher, and specialist ornitophile, Harry